Noticing that your gums bleed when you brush or floss can be alarming. What are the possible causes of bleeding gums? There are different reasons that gums may start to bleed during brushing, some are temporary and some are of more concern. If you are worried about your oral health, then make an appointment with your dentist.

Gingivitis is the mildest form of periodontal disease. It causes the gums to become red, swollen, and bleed easily. There is usually little or no discomfort at this stage. Gingivitis is often caused by inadequate oral hygiene. Gingivitis is reversible with professional treatment and good oral home care. 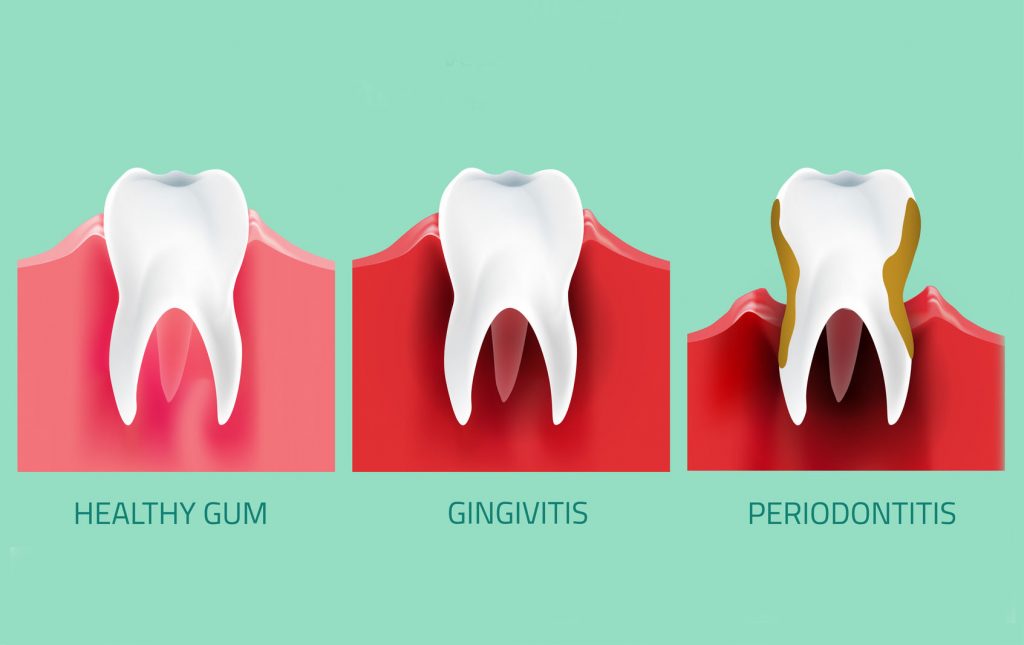 Untreated gingivitis can advance to periodontitis. With time, plaque can spread and grow below the gum line. Toxins produced by the bacteria in plaque irritate the gums. The toxins stimulate a chronic inflammatory response in which the body in essence turns on itself, and the tissues and bone that support the teeth are broken down and destroyed. Gums separate from the teeth, forming pockets (spaces between the teeth and gums) that become infected. As the disease progresses, the pockets deepen and more gum tissue and bone are destroyed. Often, this destructive process has very mild symptoms. Eventually, teeth can become loose and may have to be removed.

There are many forms of periodontitis. The most common ones include the following:

Chronic periodontitis. Results in inflammation within the supporting tissues of the teeth, progressive attachment and bone loss. This is the most frequently occurring form of periodontitis and is characterized by pocket formation and/or recession of the gingiva. It is prevalent in adults, but can occur at any age. Progression of attachment loss usually occurs slowly, but periods of rapid progression can occur.

Periodontitis as a manifestation of systemic diseases. Systemic conditions such as heart disease, respiratory disease, and diabetes are associated with this form of periodontitis.

Necrotizing periodontal disease. An infection characterized by necrosis of gingival tissues, periodontal ligament and alveolar bone. These lesions are most commonly observed in individuals with systemic conditions such as HIV infection, malnutrition and immunosuppression.

The American Dental Association lists blood thinning medications as one of the possible causes of bleeding gums. These medications decrease the blood’s ability to clot, which can lead to easier bleeding. Let your dentist and doctor know about your experience and any medications you may be on.

Changing your flossing routine can also lead to bleeding gums. For example, if you haven’t remembered to floss in a few days or if you have begun to floss more frequently to help remove food and plaque from between your teeth, then you may notice some bleeding. This should clear up within a week.

Switching from a soft-bristled toothbrush to a firm brush may also result in gums that bleed. Try returning to a soft or medium-bristled brush and talk to your dentist about what toothbrush is right for you at your next appointment.

Chances are good that during your pregnancy, you will experience a myriad of symptoms you have never had before. Bleeding gums is one such condition. You might be surprised to see a bit of blood on your toothbrush or dental floss, but it is common during pregnancy, as BabyCenter explains. That being said, proper oral care during pregnancy is vital for your and your baby’s health. Bleeding gums during pregnancy is not something to worry too much about, but you should take some important steps to control it for your own comfort and peace of mind. 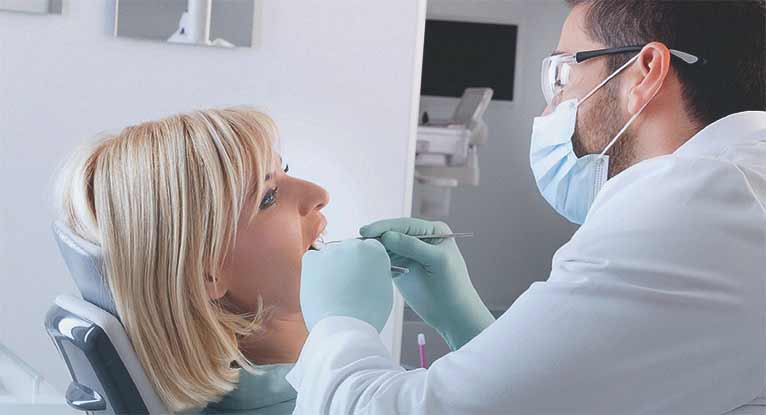 Why It Happens. Bleeding gums is a symptom of gingivitis. The issue is referred to as pregnancy gingivitis because your gums are more likely to become inflamed due to the hormonal changes caused by pregnancy; this inflammation makes you more susceptible to the bacteria in plaque. Pregnancy gingivitis can leave your gums tender and swollen while you are pregnant, which is why they often bleed when you brush and floss.

Complications. Gingivitis during pregnancy (and otherwise) is a mild form of gum disease that can progress to periodontitis, which can increase the risk of premature birth, low birth weight or preeclampsia. Proper oral care before, during and after your pregnancy will help to prevent these issues and keep your baby as healthy as possible during gestation and after delivery.

What You Can Do. Proper oral care during pregnancy is the best way to prevent gingivitis. Use a soft-bristled toothbrush, and brush gently twice a day; soft bristles and a gentle brushing motion prevent an excess of pressure on your gums that can lead to bleeding. Brushing roughly can exacerbate inflammation.Make sure you floss once a day as well.

See your dentist regularly during your pregnancy. He will monitor your gums for gingivitis and will offer tips for keeping bleeding to a minimum. If you notice a lot of blood on your toothbrush or when you spit, call your dentist and let him know. He will probably schedule an appointment to rule out a more serious problem.

Bleeding gums can be a sign of gingivitis, which can develop into the more serious stages of gum disease. The best way to find out what is causing your gums to bleed is to make an appointment with us and we’ll take care of everything.